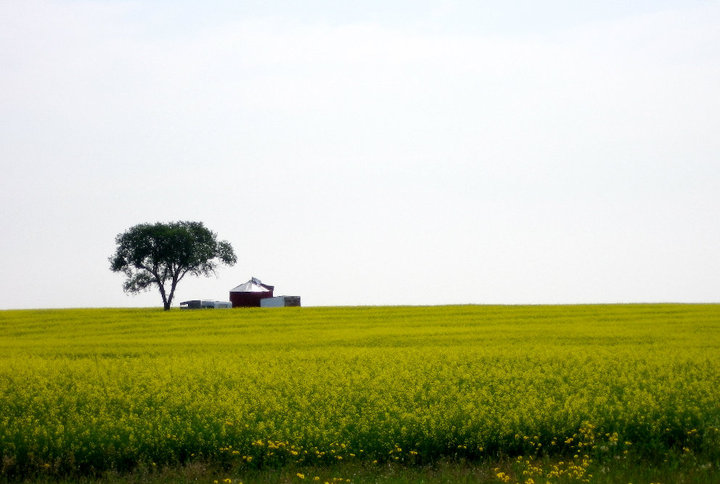 7:30pm: have added an update at the bottom of this post.

Before I begin, I want to acknowledge the lawsuit Boyd dropped on the CBC because of this story. My understanding is the suit pertains to other statements (or as many would call them, facts), that were presented by the CBC in conjunction with the story. The premise of the suit, based on my limited ability to interpret such, is that the alleged inference which readers would take away from that joint presentation is defamatory. I am not going to reference those statements here – primarily because I don’t think they’re relevant to the heart of this issue. However, the facts I am about to lay out are not up for debate, they’re a matter of public record, and feel free to infer all you like. That’s how freedom works.

I don’t understand why the Sask Party is refusing to release the one document that would basically make the now infamous GTH-land-deal-story go away.

It’s a complex story, to say the least, but I’ll do my best to summarize it.

The Ladies accepted Tappauf’s offer, including a term stating he wouldn’t close the deal (aka pay them) until February 2013.

On February 26, 2013, Tappauf made good on his offer and closed the deal – and then immediately (same day) sold The Land to Regina businessman Anthony Marquart for $16-million dollars.

(Tappauf allegedly never held land titles to The Land. In fact, I’ve got it from a good source that the buyers’ name on the title-transfer The Ladies signed was blank, presumably eventually completed by Marquart.)

The deal generated a cool $6-million profit in one day for Tappauf (not a bad gig if you can get it) and Marquart went on his way as the new owner of The Land.

Almost exactly one year later, on February 27, 2014, the Global Transportation Hub (GTH) (aka the Saskatchewan government, aka your tax dollars) bought the Land from Marquart for $21-million, or $103,000 per acre.

A $5-million profit for Marquart. Clearly I’m in the wrong business.

Now, the GTH had completed their own appraisal on The Land, six months prior to purchasing it from Marquart, which valued The Land at between $51,000 and $65,000 per acre.

When asked that very question, Bill Boyd’s response – and this is important – was that Marquart had provided the GTH with his appraisal, which valued the The Land at $125,000 per acre.

Therefore, said Boyd, the two parties agreed that the final price would be “kind of sawed off somewhere in between” the GTH’s appraisal and Marquart’s appraisal, which landed them at $103,000.

With me so far?

As of March 1, 2014, with the Marquart deal completed, the GTH now owned The Land, which was required not only for themselves… but for the Regina Bypass.

For the Regina Bypass.

Why did the GTH agree to sell 105 acres of The Land to the Ministry of Highways for half the price the GTH had just paid Marquart?

Well, like the GTH, the Ministry of Highways also had their own recent appraisal of The Land, which valued it at between $30,000 to $35,000 per acre.

Presumably the price was once again “sawed off”.

There are any number of branches to this story, all of which boil down to who knew what when, and why they did, or did not, do whatever they should have done. There have been theories and rumors on the answers to those questions, ranging from plausible to ridiculous to downright dirty.

There have also been any number of defenses to this story presented by the Saskatchewan government.

I don’t know what the answer is. The best case outcome of the provincial auditor’s report, from my perspective, is incompetence. Not exactly confidence-inspiring.

Do you see the problem here?

This entire issue – all of it – hinges on Anthony Marquart’s $125,000 per acre appraisal of The Land.

That piece of paper is the one piece of evidence that exists (the only piece – don’t give me nonsense, apples v. oranges comparables) which backs up the Saskatchewan government’s decision to pay Anthony Marquart $103,000 per acre.

And no one, outside of the government officials involved in this deal, has ever seen it.

Members of the Saskatchewan media have asked both Marquart and the government to procure the mysterious appraisal, and they’ve both refused.

Marquart is under no obligation, but the government? On a deal like this? Are you kidding me?

Now the Saskatchewan NDP has been denied their Freedom of Information Act request for a copy of the mystery appraisal.

Bryan Richards’ letter cites Section “18(d)” of the Freedom of Information and Protection of Privacy Act.

I’m guessing Richards might mean Section 19(1)(b) as it relates to access to information supplied to the government by a third party in “confidence”, but who knows. I highly doubt he does.

If I’m the Sask Party government right now, I’m telling Anthony Marquart that he was just handed a cheque for $21-million of Saskatchewan taxpayers’ money for The Land, therefore the government is going to provide his appraisal of The Land to taxpayers, in order to justify the notion that he actually deserved their $21-million dollars.

If there’s information on Marquart’s appraisal that is confidential (and I can’t imagine what that would be), redact it. All one really needs to see is the line that says The bloody Land was appraised at $125,000 per acre – in other words, actual evidence to backup what Boyd said about “sawing off” the difference between that number, and one the GTH had, which was $65-freaking-000 less.

If I’m Anthony Marquart, I’m totally fine with that. Why wouldn’t I be?

UPDATE: in the last blessed minutes of tonight’s #skvotes debate, Brad Wall said “the GTH who denied the (NDP’s FOI) request… I am asking the GTH to contact the appraiser and authorize its release.”

Finally. I have NO idea why they’ve waited this long to take this simple step. I know for a fact Wall’s people knew weeks ago how key this document was to their – to Wall’s – defense of this deal.

(During the debate Wall also referred to the appraisal as being for $129,000 per acre, but I think he was a bit, um, flustered.)

6 thoughts on “Saskatchewan’s Global Transportation Hub & The Mystery of the Only Document That Would Make This Go Away.”