As you already know, Brad Wall was in La Ronge on Monday. At the same time, his opponent, Cam Broten, was at the opposite end of the province, hitting up Moose Jaw and Regina.

In Moose Jaw, Broten used two local restaurants – the Deja Vu Café (which looks like it has the best milkshakes ever) and Café Common to stump his party and platform.

It’s bog standard stuff. Broten did the usual song and dance for the cameras – getting behind the counter and serving customers, while yammering about the premise of the appearance (beyond the obvious photo ops) which was ‘buying local’.

Anyway, CTV ran a news report on Broten in Moose Jaw during their Morning Live Show, and I nearly choked on my coffee when Wayne Mantyka wrapped the report with this:

“The Saskatchewan Party accused the NDP of holding staged events, with party supporters in the crowd. It says Stephen Harper tried that in the federal election campaign, and it didn’t work.” 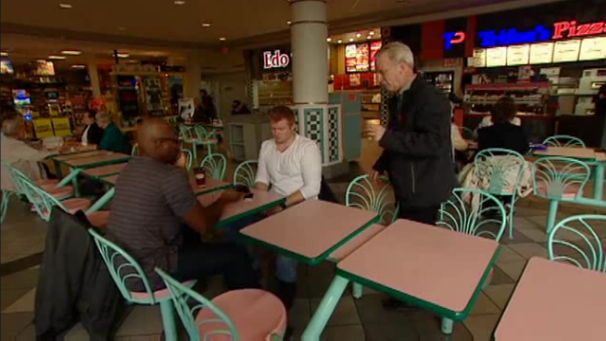 (Make no mistake, it was always a certainty Hutchinson would pay handsomely for his gaffe.)

Let me be abundantly clear: no party or campaign manager – including, as demonstrated above, the Sask Party – will ever put a candidate into a random public situation surrounded by strangers in front of media. Even sending a reporter doorknocking with a candidate is typically avoided at all costs.

Every single media event during a campaign is stacked with supporters, whether it’s held in headquarters, on someone’s front lawn, or at a local business.

As for things Stephen Harper did during the 2015 federal campaign that didn’t work:

It may seem insignificant, but trite comments like the one Mantyka says came out of the Sask Party campaign speak volumes about the broader mindset of an organization.

Does the Sask Party actually think it’s so superior, so untouchable, that its now attacking NDP for simply having the audacity to run a campaign?

One thought on “Remember That Time Bill Hutchinson Staged a One-Act Play In a Food Court?”